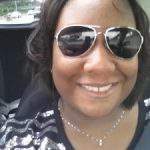 I graduated #1 in my class in 2004 with a BS in Computer Science. I’ll never forget when we gathered in the auditorium and it was announced I’d be speaking to my fellow classmates at graduation. I was shocked only because I hadn’t even thought about who was #1; I just did the best I could. It was a great honor! My future was bright then and 11 years later my present and future are still bright, and it’s all attributed to the education I received from East-West University. I absolutely wouldn’t be where I am today if it wasn’t for the education I received there.

The memories I have of East-West are those of caring professors and serious students. It was a place of great diversity for which I’m grateful for the exposure to different cultures. I gained the understanding that differences don’t have to create division. I remember Dr. Muhammad teaching us things about life that couldn’t be found in a book. I remember Dr. Injoo and Dr. Julie being truly happy for their students’ success when we did well on tests, passed certifications, or just writing code that worked. I remember Dr. Supha being tough as nails in math class but boy did it pay off. All of these “things” I learned have bode well for me both professionally and personally.

Currently, I’m the Associate Director of Institutional Information at a top tier university here in Chicago. I’ve been in higher education for almost 8 years now and in the non-profit sector for 11 years. I’m still in a field that relies on the relevance of my computer science degree at East-West. Positions I’ve held have required me to be well-rounded and a jack of all trades and I’m adeptly able to fulfill the roles. A couple of years ago I spoke at an East-West lecture series that allowed current students to pick my brain about what to expect after graduation. Students want to know what jobs will be waiting for them with the education they receive at East-West. I’m here to tell you, there are endless possibilities! 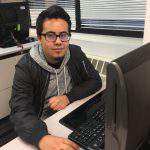 I graduated from East-West University in 2014 with a Bachelor’s in Computer and Information Science with a concentration in Software Engineering. After leaving East-West, I felt the need to learn more about how to build applications, more specifically mobile applications. To accomplish this, I am now pursuing my MIS at DePaul University.

After graduation, I quickly found an internship at a software company based on my class choices, grades and ability to fluently speak multiple computer code languages. This is internship in return led me to my current profession has a Help Desk Technician at CNO Financial Group.

If an affordable education in Computer Science is what you’re looking for, then attending East-West University is where you should go. 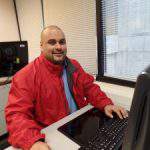 Hello, my name is Frank Flores, I am an alumina of East West University. I graduated in spring 2015 with a Bachelors in Computer Information Systems (CIS) program. I currently work in Student Housing as The Assistant Director of Operations. One of my hobbies that I also get paid for is to play music as a DJ. It has been over 15 years as a DJ, mostly for private events like weddings and Christmas parties.

I am the first in my family to go to college. I used to think I was not smart enough or had the money to go to college since I was a high school dropout in my senior year. I tried going to alternative schools and that did not work out for me so I just kept working. I was a good employee and had potential, so I was told. I had a variety of jobs and did well on any task given to me. There was always a limit on how much I could get paid or move up. After about 10 years after alternative school I went and got my GED. I did alright for a while then the economy went bad and I was let and no one was hiring. I realized I needed a skill that could keep me working and I enrolled at Coyne College to become an electrician. While attending there, I discovered they offered some English and Business classes towards an associate’s degree so I went for it and got it. East-West University visited my school and during the workshop said I could transfer credits to a Bachelor’s Degree. I thought about it for a long time, I decided “why not?” I was intimated at first, but East-West turned out to be a very good school for me. It was like an intimate family that was not expensive and I was able to get East West Scholarships to help with my tuition.

To help me financially during my education, the admissions department hired me as part of the work study program. I got to shine again! After about 2 years, the Student Housing Department hired me as a Resident Assistant, which meant I got to live on campus for free and helped a lot with focusing on school. About 9 months had passed and I received a promotion to be the new Assistant Director. I can say without a doubt, East-West University has changed my life and it has made a meaningful impact not just me but for my family also. One more piece of good news is that I am working on my Masters in Business Information Management at DePaul University, I want to be the big boss and in charge. If you would have told me where I would be today, I would not have believe it. Having great potential and taking advantage of an opportunity is something I know have now and always will! 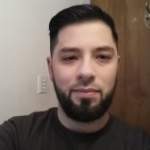 Hello, my name is Daniel Diaz. I graduated from East-West University in 2019 with a Bachelor’s Degree in Computer and Information Science.

East-West has taught me a lot, especially how to speak in front of people. In my high school years, I didn’t do good and had a low GPA. Now that I have attending college, I have changed the way I acted and I improved my grades. When I started tutoring and teacher assistance in my sophomore year it provided me new aspects that I haven’t learned yet, and I have met a lot of students who graduated from or are still attending.

After four years being here a lot of my classes have provided me how to better my skills in coding and designing knowing that I used to take digital media in high school, which I transferred my skills to designing classes at East-West.

I am currently applying for my Master’s Degree in Computer Science or Software Engineering. 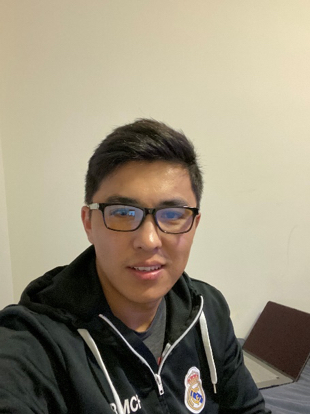 Hello, my name is Javokhir Turabov and I am studying my undergraduate program at East-west University. International students are treated very well here and they are always welcome to get help with any difficulties in their studies. As I am an international student, I found it is an awesome place to get my bachelor’s degree in Computer and Information Science. Since I started studying here, I have felt the improvements of my knowledge and ability to learn more and more. Indeed, my coding knowledge got significant expand because of the professors who helped me during the short period of time.

The Computer and Information Science program at East-West University offers a Bachelor of Science (B.S.) degree program and an Associate of Applied Science (A.A.S.) degree.

Bachelor of Science (B.S.) degree in Computer and Information Science